Half-life, My favorite game, Always been the game of the year! Well not Always but lots of years. FPS (First Person Shooter) and ALWAYS surprised with its graphics especially the second one. BEWARE OF SPOILERS! AND TO KNOW, I TELLING THE STORY ABOUT THE TIME LINE OF THE WHOLE STORY, IF HALFLIFE 1 DOESN'T CONTAINS PART OF MY THINGS, THEY STILL HAPPENED! EVERYTHING I WRITE WITH []'s is something you doesn't see but still happened.

STORY:
The story is about the scientist Dr. Freeman Who got his new job in Black Mesa Research faclity. Its the first day of his new work there, And he is late.
[Mean while, The alien race named the COMBINES who flying trough space, Destroying planets and another races, Sucking Resources of planets, They Got Into the world XEN, Which is inter-dimentional tunnel to other places. In xen lived lots of alien races, Which are Headcrabs, Vourtigongs, Houndeyes, Tentacles and more. The combines wanted to Slave These aliens and steal resources. So they did.]
Meanwhile, at black mesa, Gordon Freeman Prepares to work, He wears his HEV Suit, which is protecting him from Radiation, Displaying HUD and much more. And makes his way to the lab. Black mesa working of a new portal technology to use. For testing it they need the help of Dr.Freeman, Which is a good scientist, The other people turns on the reactor, Gordon Freeman Push an Crystal element to the beam, But suddenly BANG! Something happened, The portal opened into the world XEN!. the "poor" aliens discovered earth as a good place to run and the portal was just a runaway ticket, The aliens started annihilate earth!. Gordon freeman Starts his runaway to the surface, He founds WEAPONS, and turning into a killer, Millitary force had been send, Not for evacuating, For Destroying every single thing in there, People turning to zombies cause of the head crabs. Monsters everywhere!. Freeman makes his runaway and gets to a portal into XEN, Kills the Nihinlath who is the boss of the aliens. Suddenly G-Man, which is never KNown, Who he is, What he is. He offers Gordon freeman a work, Freeman agrees, and sended in a time sleep, He wont get older for the next time and be a sleep. [Gordon freeman made a mistake, By killing the nihilanth, The Combines have no resistance now, Also they found out of earth and interested in the resources and slaves there.]

So it ends in Half-life 1 (There is Half-life Source, which is same with newer graphics, And Black-Mesa Source Which is Completely Renewed graphics, Same story though. Also you can play Opposing force and Blue Shift, Which is about another heroes of the time.)

Our story continues, with Dr. Gordon Freeman; After he woke up, He arrived to city 17. Earth was under the combine control. Now i don't want to ruin the game experience, So i talk like, He fight the combines but it haven't end yet. He kills Breen, The leader of the Earth for this times. Who usually worked at black mesa.

Half-life's 2 Graphics are awesome, FULL PHYSICS! everything moves, Gravitated, All wired and REAL.
Episode 1 and 2 its a continue for Half-Life 2, Graphics getting better and soon there episode 3 to come. 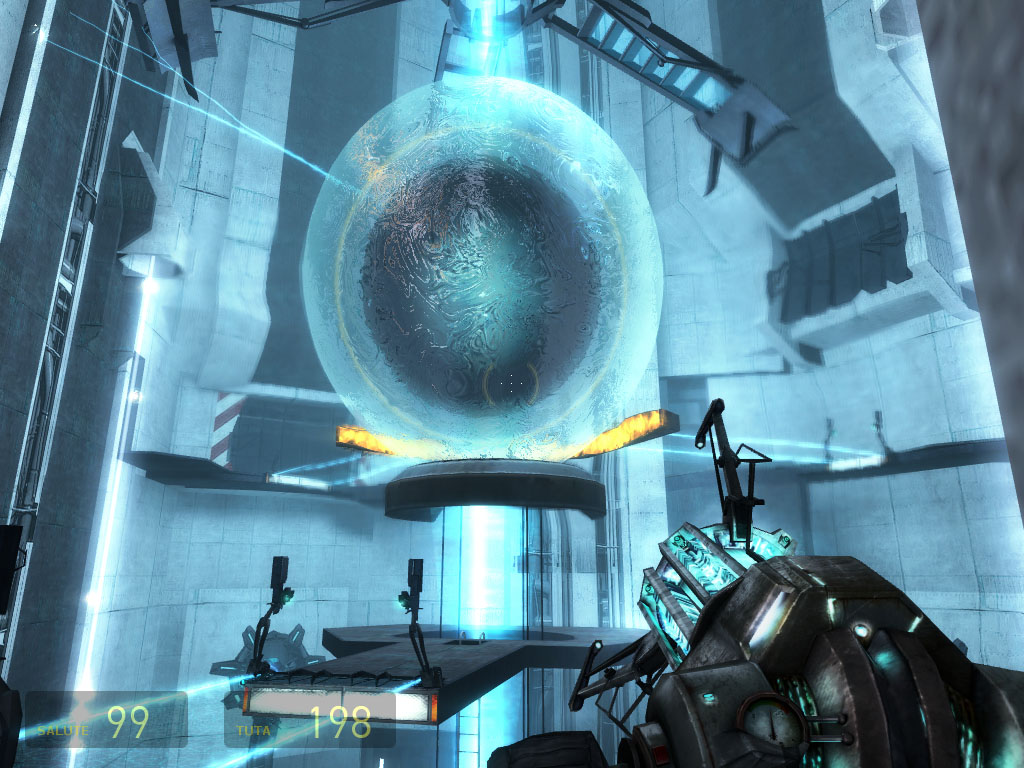 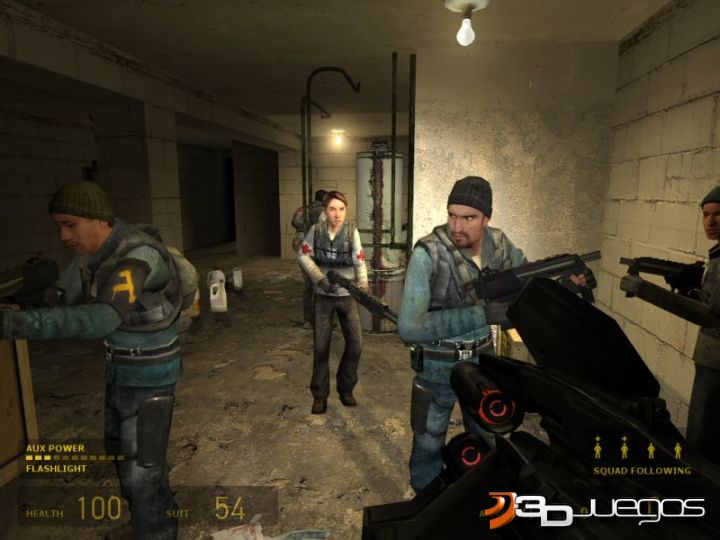 AT THE RIGHT UPPER CORNER, HALF LIFE 1 ORIGINAL MAP.

FOR MORE GO TO http://www.blackmesasource.com