Scientists fine-tune Hubble from the ground

Scientists fine-tune Hubble from the ground


A scientist at Rochester Institute of Technology has expanded the Hubble Space Telescope’s capability without the need for new technology, by recalibrating existing instruments.

Dan Batcheldor and his team made improvements to the calibration of Hubble’s Near Infrared Camera and Multi Object Spectrometer, which will enable high precision polarimetry, an observational technique to “read” scattered light. This technique enables scientists to investigate active galactic nuclei and for identifying proto-planets around very young stars, for example.

“Polarimetry is really quite a powerful tool in astronomy because it can essentially see around corners by the way light is reflecting,” says Batcheldor. “When you do polarimetry what you are essentially looking through is a set of polaroid sunglasses. What a polaroid does is it makes you see only light aligned in a certain way.” 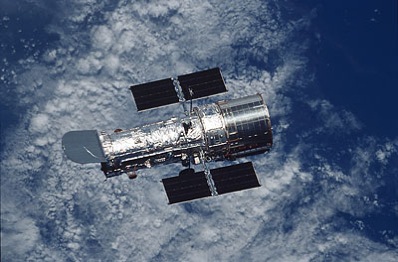 Most of the light that comes from an object is unpolarised, so it has to be filtered in order to see the polarised light. “And so now Hubble can do this even if only one percent of the light is polarised,” says Batcheldor, who did not initially set out to fine-tune Hubble. Originally researching active galactic nuclei, limitations caused by instrument calibration stalled his investigation, prompting him to perform the recalibration.

Batcheldor and his team devised a program that could choreograph three different filtered observations of a single star at different orientations and switch between cameras within 45 minute fly-bys. “Essentially, we made Hubble chop all over the sky very quickly to get these observations,” he says.

Scientists at the Space Telescope Science Institute verified the
calibration plan would work and gathered the observations over 12 months. “We’ve been able to take an existing camera and carefully plan some observations, which have allowed us to enable a new type of science to be done without having to go up to the telescope to put a new instrument in,” says Batcheldor. “So for a very small cost, we’ve been able to expand the science that the Hubble Space Telescope can do.”

Atlantis sits on the launch pad for a previous mission. It is due to launch on 12 May for the final Huble servicing mission. Image: NASA/Kim Shiflett.

The improved polarimetric capability of Hubble is independent of the final servicing mission of the telescope scheduled to take place in May. This effort will install two new cameras, fix two existing cameras and replace the gyroscopes that determine the orientation of the telescope. Space shuttle Atlantis is scheduled to roll out to Launch Pad 39A at NASA’s Kennedy Space Center in Florida tomorrow, 31 March, as preparations for the mission move forward.


Batcheldor’s calibration work was funded by the Space Telescope Science Institute, and the results published in the February issue of Publications of the Astronomical Society of the Pacific. 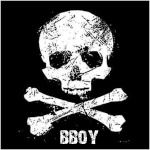 Re: Scientists fine-tune Hubble from the ground